Béziers is the 2nd largest protected area in France after Paris!
From the ancient amphitheater to the arena, we are under the Roman influence. From the cathedral to the Allées Paul Riquet, the memory of the medieval towns and the Albigensian crusade floats in the air. And all around, Béziers the Triumphant of the 19th century displays its wine fortunes and its beautiful Haussmanian facades. On Place du 14-Juillet, the house where Jean Moulin was born flirts with the media library, the university and the IUT. And on the banks of the Canal du Midi, one can only bow to the genius of a certain Paul Riquet. In each place, another Béziers is told with its stories, its lives and especially its good addresses. What a city! 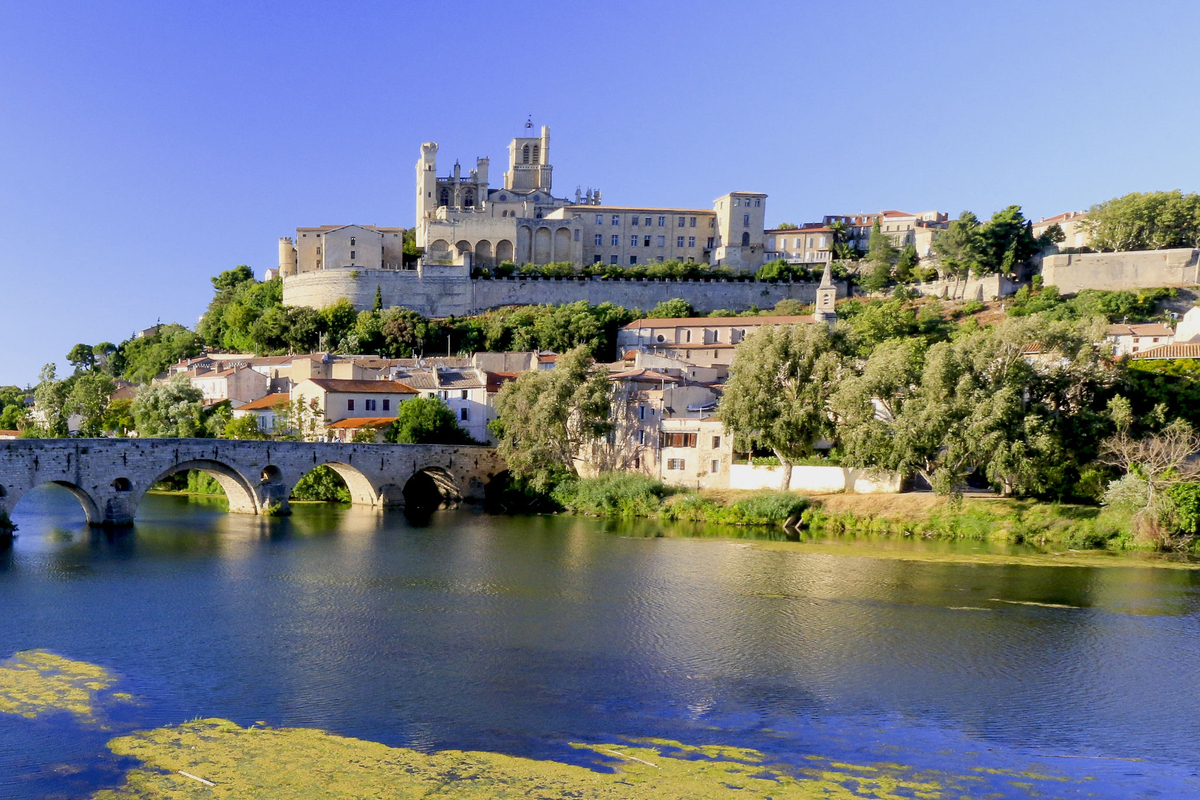 The Feria de Béziers, every year in August, is the biggest event of the summer in the whole Midi-Pyrénées/Languedoc-Roussillon region. Nearly a million people flock to it.

The bullring and its prestigious bullfights are at the heart of the Feria. When they end, around 8 pm, a huge party sets the center of the city ablaze: around the bodegas and the casitas; with a host of animations; but also, in the Equestrian Village -repaired- a selection of shows; all to the tune of a multitude of street music. And until dawn, the flamenco ignites Béziers the Sevillian. 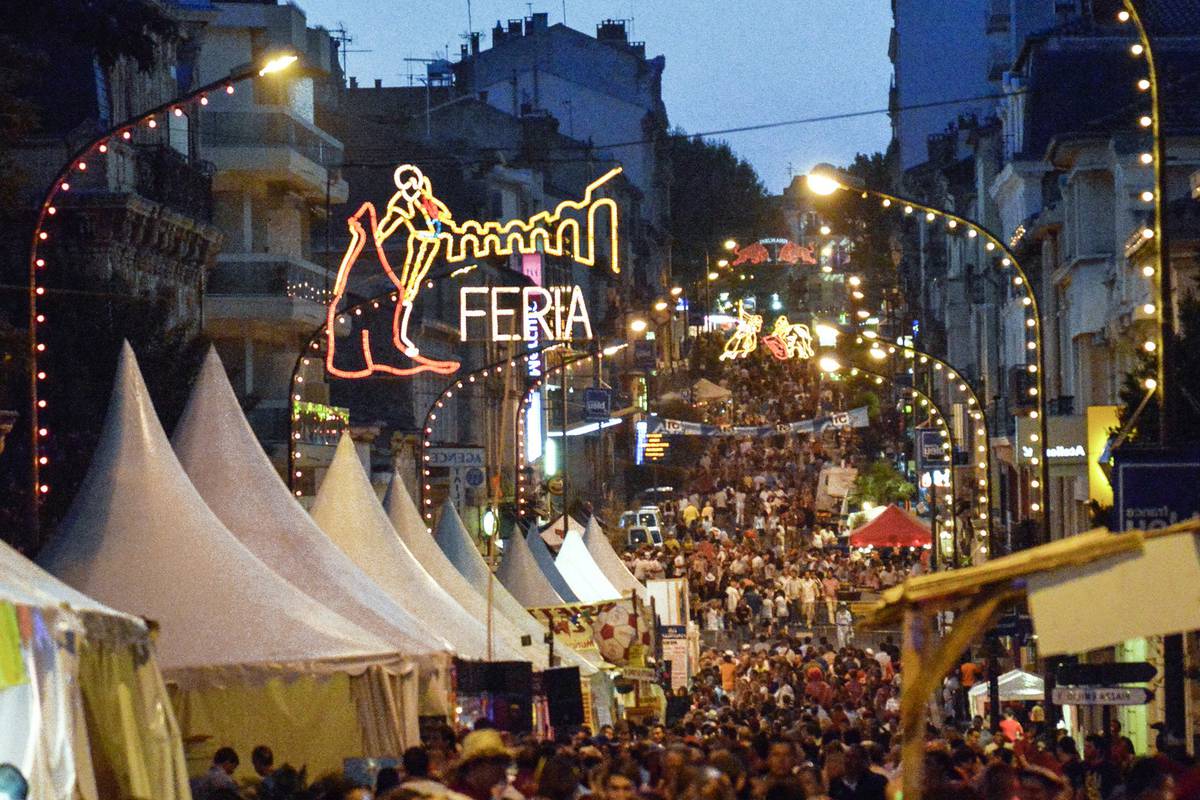 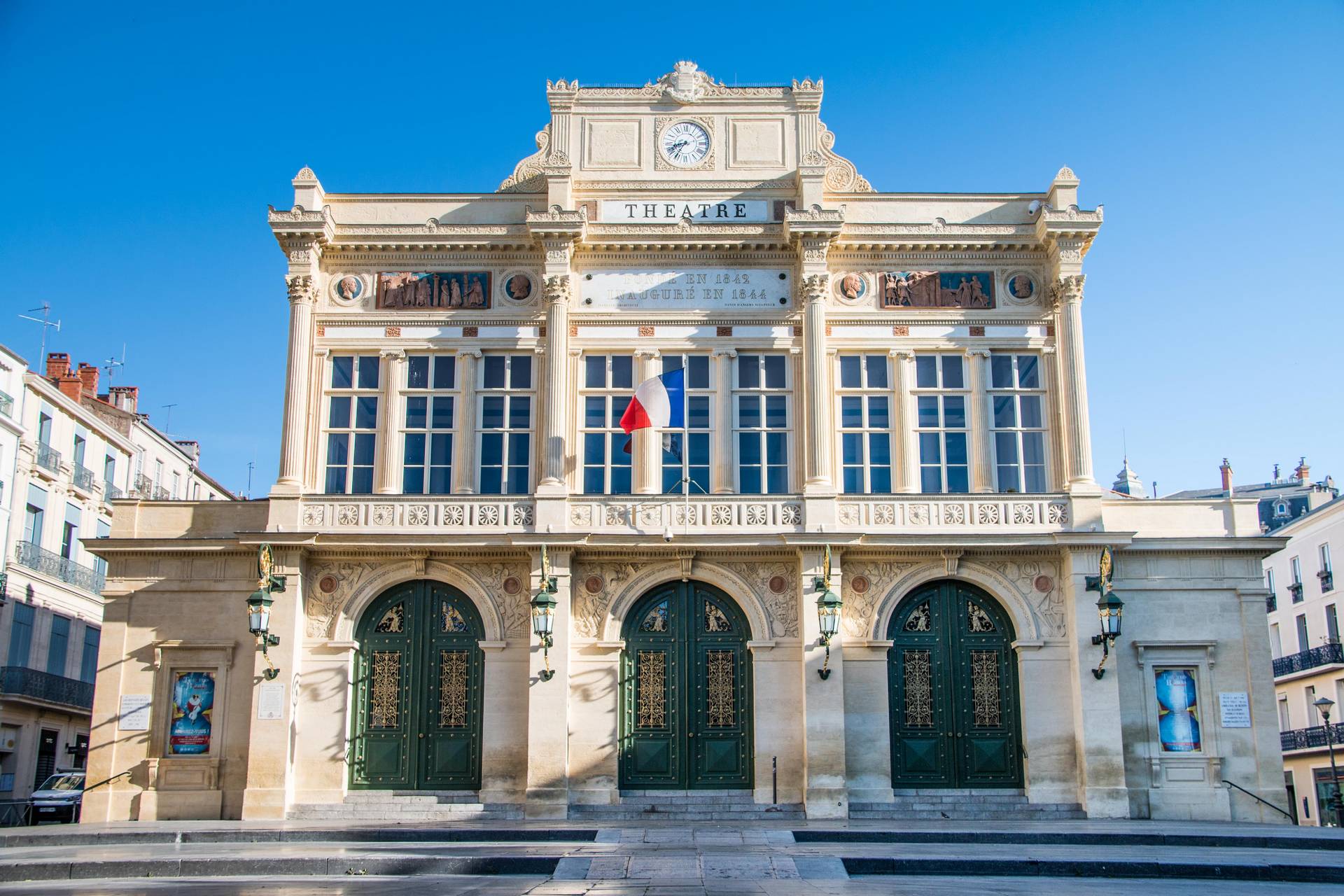 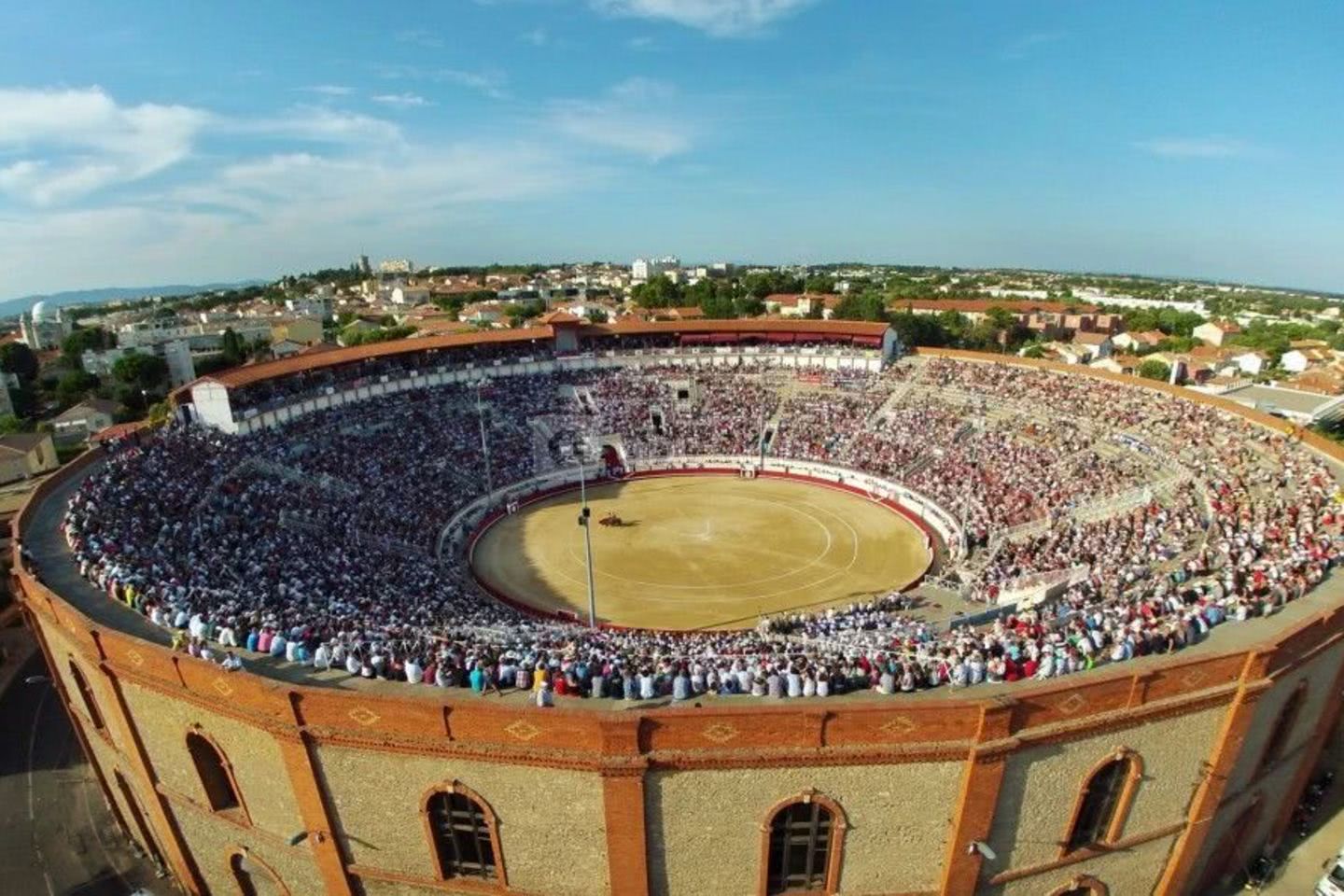 The Old Cemetery is the Père Lachaise of Béarn. It is more than 200 years old, and is as much a Mediterranean garden with its pines and cypresses as it is an open air museum. It is the eternal resting place of the great families -winegrowers or not-, of local artists: sculptors like Injalbert, Magrou; lyric artists like Valentin Duc.
All of them wanted to affirm their wealth and their social status even in death. Tombs and mausoleums are sculpted by Injalbert, Villeneuve, Magrou, Louis Paul… Bronze, marble, statues, mosaics and magnificent mausoleums are gathered in these 4ha of Biterrois. Greek, Egyptian and Masonic temples, recumbents and weeping women, symbols of all kinds abound… 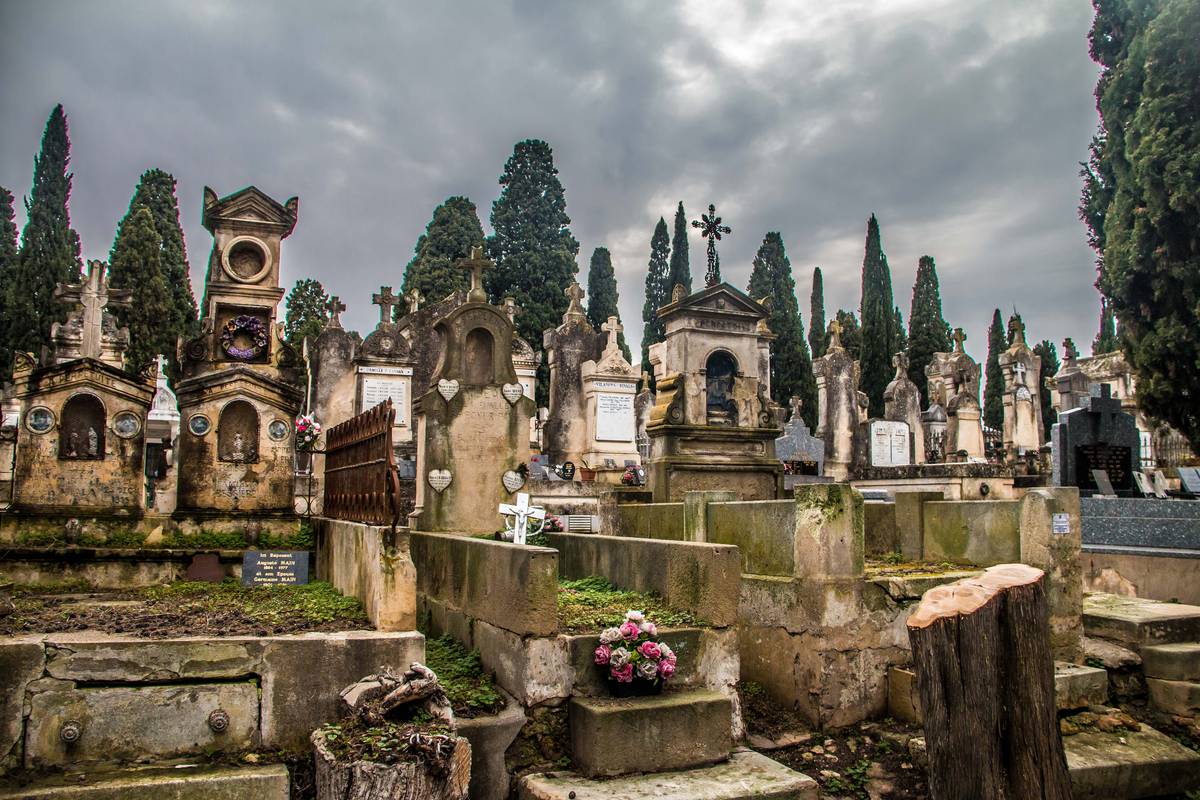 It is one of the emblems of Béziers, visible from far away, as if standing at the prow of the Roman and medieval ramparts of the ancient city. On the “acropolis of Béziers” we say here.

Built on the ruins of the Romanesque cathedral burned during the Crusade against the Cathars (1209); and on the remains of a Roman temple, Saint Nazaire, majestic and austere, watches over the city.

In 1209, it “imploded like a pomegranate”, burned by the troops of the King and the Pope, commanded by Simon de Montfort. The reconstruction lasted until the 15th century.
But it was not completed for all that: for lack of sufficient means, the cloister of St Nazaire was never finished: a large number of capitals on the garden side colonnades are missing. 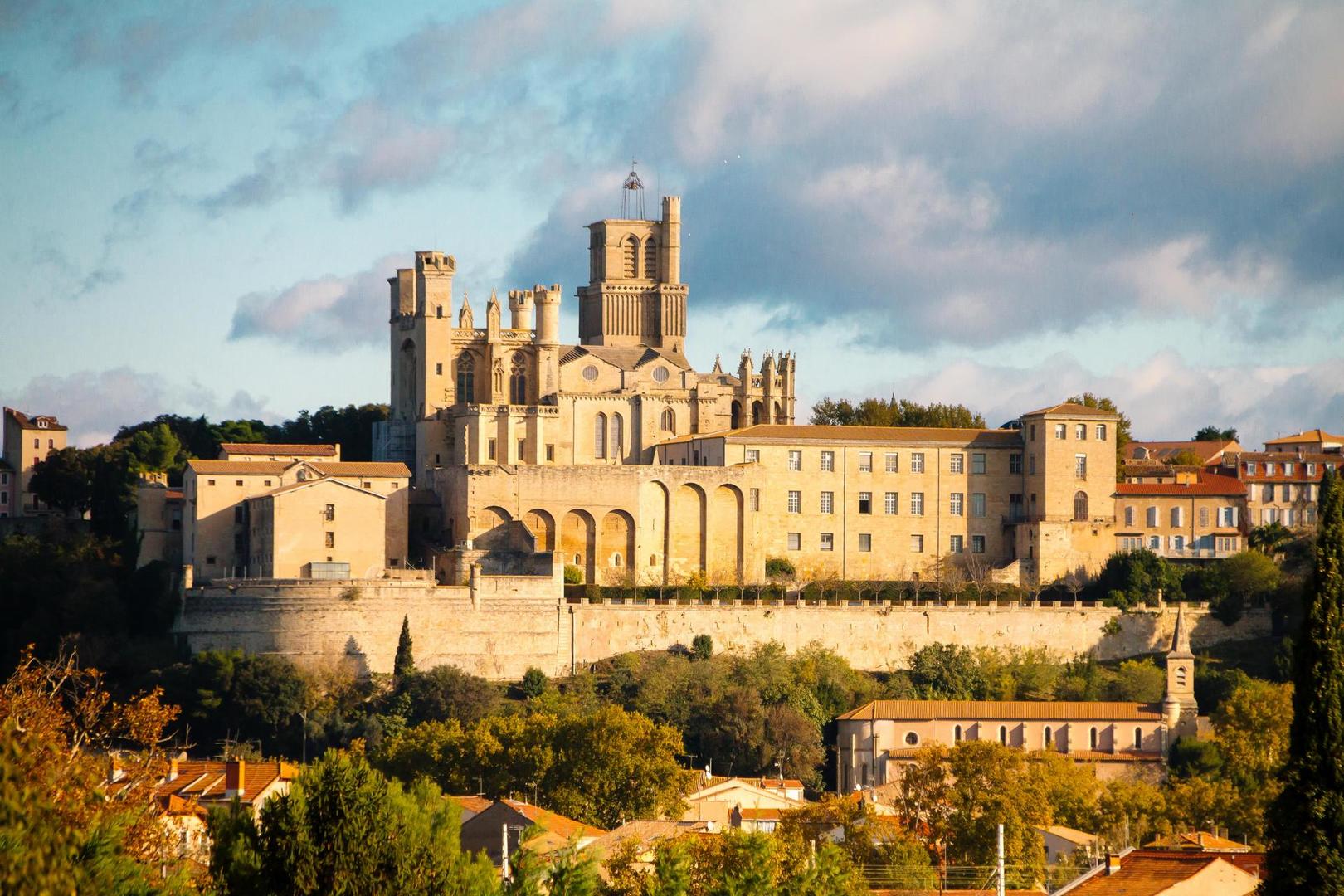 This spectacular water staircase, a major work of the Canal du Midi, is Pierre-Paul Riquet’s gift to his native city. The Octuple (8 locks, 9 basins in a row) built from 1676 to 1680, crosses a difference in level of 21.50 m over a length of 300 m. The redesigned and modernized site reopened to the public on July 1, 2017. The people of Biterrois have found their favorite place to walk… for 350 years!
Traditional buildings such as the Coche d’eau -now the Maison du Site, with a Tourist Office, a screening room for an exceptional film, a store and a panoramic restaurant- and the lock keeper’s house still remain… This ensemble makes the Fonseranes locks the 3rd most visited tourist site in Languedoc-Roussillon, after the Pont du Gard and the Cité de Carcassonne. 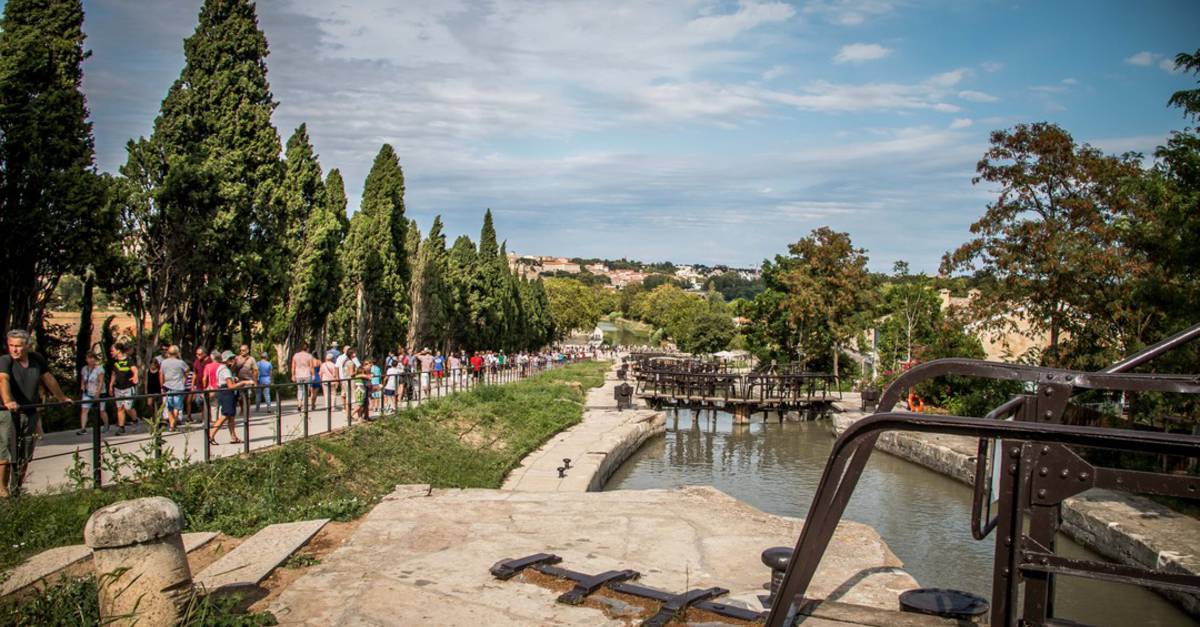